Dr. Michael McGarrah began his private practice in 1985. He completed his undergraduate studies at Wichita State University and the University of Texas at Arlington. He knew since he was 13 years old that he would be a Doctor of Chiropractic and graduated as one of the youngest in his class of 1984 from Texas Chiropractic College in Houston. He has pursued further study and is board certified in orthopedics, sports injuries, rehabilitation, and pain management. He has numerous certifications as well as membership in numerous organizations. He worked as the team chiropractor for the Texas Rangers Baseball Club from 1994 to 2010. Besides his interest in sports injuries, he has been a Designated Doctor in the workers comp field since 1993 and has performed over 2,000 impairment and disability exams. He has been an active member of his state and national associations (TCA and ACA) since his first day of practice without interruption. He has held numerous officer positions and served on the board of the Texas Chiropractic Association from 2012 to 2014. Numerous awards include the TCA District IV Doctor of the Year voted by his peers in 1989 and 1996 and the TCA State President’s Award for service in 1996. He chaired S.H.A.P.E (Spinal Health Awareness Program in Education) on a statewide level in the 90’s. He has served as an advisor to the Texas Department of Insurance Medical Quality Review Panel. He currently serves as President to the Texas Council of Chiropractic Orthopedists. Dr. McGarrah enjoys hunting, fishing, horseback riding, farming, cooking, gardening and spending lots of time with his kids and grandchildren. 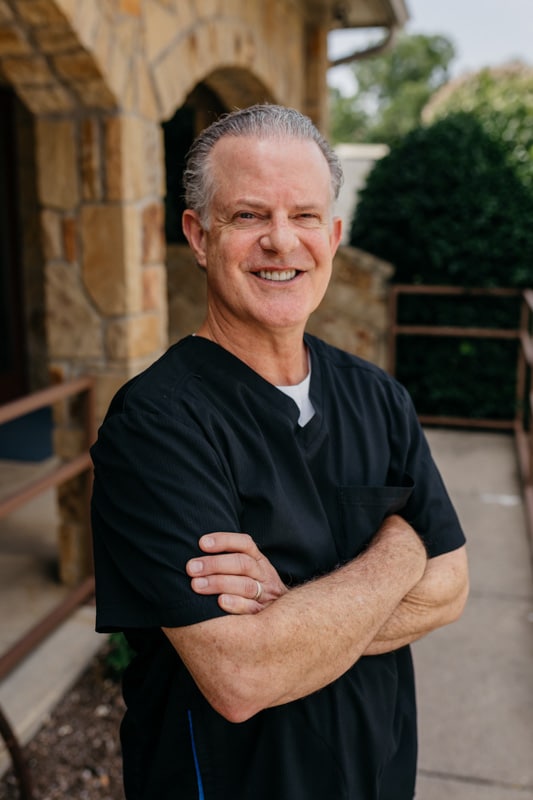